Posted on September 28, 2015 by newdaynewmood

During this heated election race between Harper, Trudeau, Mulcair, and May there has been much debate over reengaging the mandatory, long-form census. For those of you who don’t know what this is, it’s that long form that your parents probably filled out for you (as mine did) when you were a kid. It asks mundane questions  about income, family size, and all that stuff, but it is used (and at times abused) by researchers all over the world when they are creating a narrative about specific populations.

Following the admitted disaster of 2011’s voluntary and shorter National Household Survey (NHS), the current Federal Government has been urged repeatedly by activists, statisticians, and researchers alike to rethink Stephen Harper’s decision to get rid of the long-form census. They have claimed that for the sake of good data, they need the old census back. Stephen Harper, however, is not interested in reputable, or fair data.

At the time the NHS was released in 2013, I was working as a researcher for an Indigenous organization in Toronto. At first, the pitfalls of the NHS were laughed off with a cynicism that comes from a history of people’s ignorance about Indigenous life. Of course the NHS was a joke, we shrugged. The previous long-form census from Statistics Canada in 2006 thoroughly misrepresented and screwed up any information about urban Aboriginal culture, so why would this survey prove any better? Statistics Canada was clearly in the back pocket of the government back then, and was still there today. Why bother even fighting for a longer version of the same shitty surveys that obliterate ethical considerations when talking about marginalized communities? 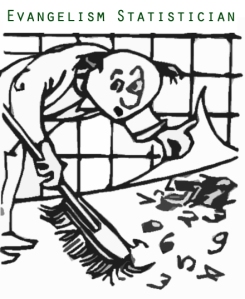 But, during a walk throughout the downtown core, visiting the Indigenous social service providing organizations I represented, I immediately got why the NHS and its repercussions weren’t a joke. With the highest population of homelessness, incarceration, foster care, and unemployment in Canada, the First Nations, Metis, and Inuit people I worked alongside on the streets of Toronto sure weren’t laughing.

To their credit, Statistics Canada admitted that a lot of their data concerning Indigenous people was inaccurate. They seemed genuinely baffled by the large “non-response rate” of our most marginalized populations, but did little to question their research tools or practices. Here’s an example: While the NHS reports that there are just 19, 270 First Nations, Metis and Inuit people living in Toronto, 2012’s Toronto Aboriginal Research Project (TARP) report found that there are close to 70,000 Aboriginal people in this city. How can Statistics Canada account for this discrepancy? It can’t.

When it was announced how the NHS was created and disseminated, it became clearer why the data the NHS published was careless. While the TARP Report was conducted by Indigenous scholars and agencies in Toronto who used community-based approaches and cultural contextual knowledge to get their information, from its inception, the NHS did not consult with Indigenous communities. And the NHS was not properly advertised or promoted. Shocker. Non-status people were not included in the survey, Metis were forgotten, and Indigenous people who were homeless at the time (couch surfing, or street living) weren’t even accounted for.

The reasons the NHS failed so many Indigenous people across Canada are easily understood. How to make amends is not so easy.

The statistics gleaned from these census reports may seem boring and arbitrary to the general reader. But this data can effect the lives of entire populations for years to come. Federal, Provincial, and Municipal funding relies upon these numbers to allocate important resources to diverse populations. For instance, if a community hub wants to apply for city funding to build transition homes for Aboriginal street youth, this community organization must first prove the presence of homeless Indigenous youth in their area. The NHS listed entire communities in Toronto by population, and yet many of these areas were reported to have no Aboriginal people living their at all. This is preposterous, and yet the data remains untouched. If urban Indigenous communities are not properly represented by the census, money and important social resources will be lost, as will histories, languages, and lives.

If the goal of research remains to ensure Canada’s economic and political power globally, we’ve already missed the point of ethics. Research shouldn’t set out to prove itself at any cost. It must begin with the desire to know a truth, even if the answer isn’t going to make a country wealthier, more powerful, or a scholar publishable. Academics, researchers, and activists might have the best of intentions when wanting to unpack the lived realities of Indigenous peoples, and statistics are one potential way of beginning this journey. However, the path to ethical statistics does not begin in a classroom. And research cannot be done in a government boardroom, or in a laboratory, without deep consultation and respectful connection.

It’s high time we realize we have to listen to what Indigenous people can and have been teaching us all along. All research starts with trust and transparency, and no research can be reliable without the respect of those being talked about. The long-form census appears to be a better choice; however, it may simply be a case of the lesser of two evils. When it comes to culturally sensitive work, the traps the NHS fell into are also those which the long-form census simply blows some dust off and reconditions. More needs to be done to ensure that First Nations, Metis and Inuit people living in Canada are made the leaders and partners of their own research initiatives, and any Federal government must understand that knowledge is a gift to be shared, not taken.

If we can create a census where lives are valued and stories are listened to, we might actually learn something worth calculating.