New day new mood. Fuck. Sometimes it’s harder than others. But the ‘scope assures me I’m okay to feel a bit off kilter today. Comfort from the cosmos:

Your mood will be fairly unpredictable today, but you shouldn’t have too much trouble keeping it under control. Your sense of who you are and how you function is right on target — so trust it. Listen to yourself when you get that ‘I want to be alone’ feeling. You know yourself better than ever, which means that you know what will set you off. Watch out for people exhibiting annoying childishness or pettiness — you will have little patience for them today.

This advice is hilarious because it paints the picture that I’m an oddly placed explosive device ready to implode, explode, tipsy-turve at any moment. And here I thought I was a patient person. But the advice: “listen to yourself when you get that ‘I want to be alone’ feeling,” gives me a smile and a pause. It’s as though this feeling is supposed to be a rarity that crops up only barely ever. Um, I wear that feeling like a tarp.

So, I’m writing this thesis on loneliness and queerness and, without fail, when I tell people this is my topic, two questions come my way: Do I need a case study? And, why are you writing this?

The fact these two questions get asked with the same frequency illustrates for me what I see as the paradox of loneliness. It is both readily recognizable and wholly invisible at once, especially when queerness gets chucked into the batter. 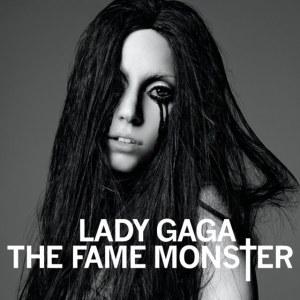 I just heard recently that Lady Gaga outed herself as “married to her loneliness.” She says loneliness is her entitlement and her plight as an artist, stating, artists “wallow in loneliness and solitude our whole lives in search of the answer to hundreds and millions of questions that run through [our] mind. Yes I’m lonely, but I’m married to my loneliness.”This odd declaration seems fitting to a conversation about loneliness and sexuality, where even Lady Gaga (the supposed advocate of the strange, opaque, and queer) cannot help but romanticize loneliness as her lover and marriage partner. Turning loneliness into a material thing, a person in this case, one can actually picture Gaga showing up at the next awards ceremony not in a meat-strewn dress but with a tangible loneliness draped all over her. And what would loneliness look like to Gaga? I’m thinking it would involve a lot of height, a lot of make-up, and a lot of bad romance. Sorry.

The idea that we need to visualize loneliness is intriguing to me. I can’t hep but think about the UK, Canada, the US and the level of surveillance the powers that be in our homes believe is necessary to make people feel safe.  I actually got my picture taken by a surveillance-cam in a bathroom in Tennessee while I struggled to pee. I hope I was just peeing at least.

Gaga, though, doesn’t paint loneliness as monstrous like the scientists (like John T. Cacioppo) who claim it is contagious and has the power to unravel the social network, ruining the world as we know it. Instead, Gaga romanticizes loneliness furthering the narrative that loneliness is special and only begets the unique (whether they be uniquely artistic, or uniquely depressed). “Im an artist” Gaga reassures us and so her loneliness is what she reconfigures as her muse. An affect to “wallow” in, Gaga collapses solitude and loneliness into one, suggesting that loneliness is only justified for those heightened enough to understand its virtues. Or for those special enough to be chosen to use it in order to create.

Another group of gents believed the same about solitude. Writing about solitude in their poetic reveries John Keats and his Romantic merry men (Jean Jacques Rousseau, William Wordsworth, Samuel Taylor Coleridge and more) argued that their solitude was, in many ways, divine. It separated them from other people because of their gift of creativity.

Here’s Keats talking about his solitude:

O SOLITUDE! if I must with thee dwell,
Let it not be among the jumbled heap
Of murky buildings; climb with me the steep,-
Nature’s observatory – whence the dell,
Its flowery slopes, its river’s crystal swell,
May seem a span…

Keats wants his solitude to help him escape the everyday, leaving the realities of the big industrialized city behind him. He wants solitude to get him in touch with the pretty once again, nature and its calm. He is entitled to such thoughts because he is famous.

In Ed Gant’s Australian show “Amazing Feats Of Loneliness,” loneliness presents itself as a grotesque and “fantastical” feature of marvelously bizarre people. A host of lonely characters are staged in such a way that you fall in love with their out-of-touchness with the everyday around them. They are, as one reporter puts it, the freaks with “deformed minds” who evidence the spectacle and madness of loneliness and a society that judges it. I watched the show and it is wonderfully magical. Here’s a taste:

But what troubles me about how loneliness is being taken up here and by celebrities like Lady Gaga (and many other artists such as Taylor Swift, Nicole Kidman, Sarah Michelle Gellar to name only three of a trillion) is that these understanding of loneliness reify that it is a spectacular emotion. That it is a carnival for the asocial; that it is chosen; that the lonely dip their toes in aloneness only until they decide to reemerge, fall in love, get a band, write a book. These understandings prompt the idea that loneliness is not an everyday, ordinary, plain as punch feeling.

So do I need a case study? Well, technically there are too many out there. What I need is less of a case study and more of a loneliness that is not aghast with broody faces or colorful hats.